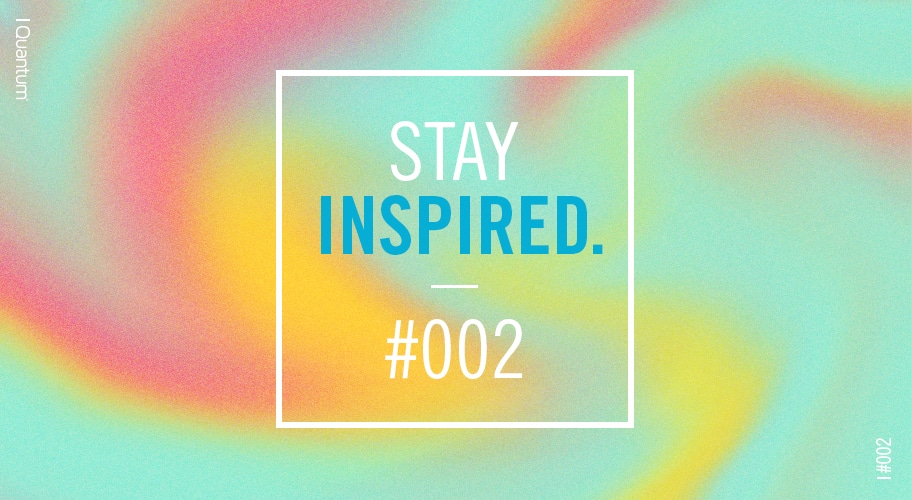 At Quantum we believe it’s our role to inspire, by doing this you create emotion and motivate people to take action, to help illustrate this point we thought it would be good to share some of the things that inspire us.

When designers and artists set themselves personal projects, the results are often mad and brilliant at the same time, and Magdiel Lopez is no different. The visual artist designed a poster a day for over 200 days and the results are what I imagine the likes of surrealist Salvador Dali would be doing in the modern age of computer aided design. The vast variety of illustrations, photography and the surreal over the series makes you wonder if he had time to do anything else in his life but the collection provides a huge source of thought provoking inspiration.

VR is much more than entertainment

When new and exciting technology comes out we become engrossed in how it can change our lives and how best we can enjoy the novel experiences it brings along with it. This video shows how entertainment advancements can now even change the lives of hospital patients. The video shows how doctors have been treating patients experiencing pain and anxiety with virtual reality which has resulted in strong medical evidence that this new ‘treatment’ is having an immensely positive effect and actually reducing pain by 24% on suffering patients.

When Steven Spielberg’s Minority report came out in 2002, the future it envisioned seemed a long way away. Whilst holograms and predicted crime fighting are still a fantasy, driverless cars and facial recognition are just around the corner. The next prophecy to come to fruition is personalised advertising.

Channel 4 has announced a new VoD ad format which allows advertisers to incorporate the first names of viewers into their adverts.

David Amodio, Channel 4’s digital and creative leader had this to say:

“The most attention-grabbing word for anyone to hear is without doubt one’s own name, so to be able to offer advertisers the chance to speak directly to our millions of viewers is not just unique, but an immensely powerful marketing tool which adds even more value to All 4’s increasingly personalised experience.”

Brands such as Foster’s and 20th Century Fox are already taking advantage of the ground-breaking technology.