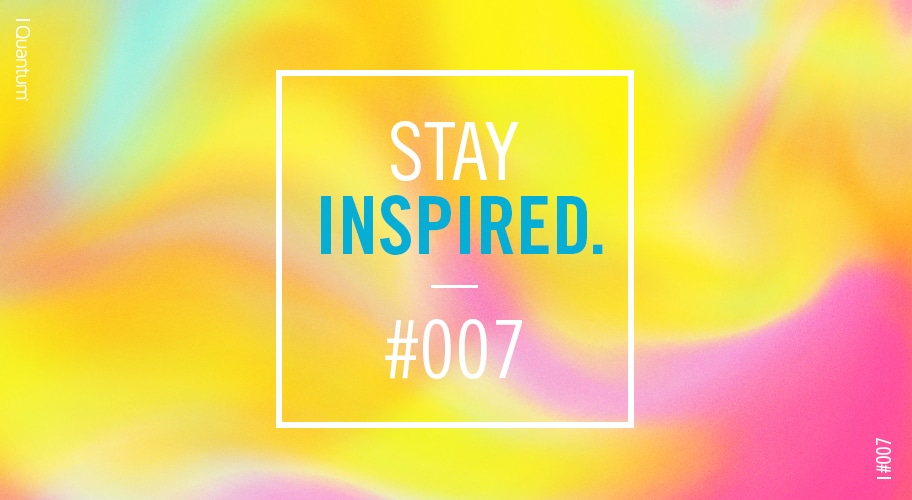 At Quantum we believe it’s our role to inspire you, by doing this we create emotion and motivate people to take action. We thought it would be good to share some of the things that inspire us.

One of our favourite collaborations this year was Gorillaz and T-Mobiles  demonstration of the potential of AR.

T-Mobile’s agenda was to increase brand awareness of its brand colour, magenta. It developed an app which used the phones camera to interact with the real world. When pointed at anything magenta the real surface disappears and is replaced by a window into the crazy cartoon world of Gorillaz. The application showed the scale on which AR can perform, from tiny adverts to giant walls on buildings

This beautifully simple application of VR is a true inspiration of just how easy it is to create worlds within worlds.

“What we’re trying to do is create a kind of gateway between the virtual world of the Gorillaz and the real world,” Hans-Christian Schwingen, chief brand officer at Deutsche Telekom

Facebook’s Oculus VR division announced this year all sorted of new and exciting product (hopefully) heading our way in 2018. One of the most compelling was it’s new snazzy dash. By strapping on a pair of Oculus Rift goggles your standard desktop experience becomes a full virtual reality dashboard making you feel like you’re working away in the Avengers’ lab, even if you are just scrolling through buzzfeed articles and stalking your ‘friends’ holiday photos.

While the hardware is still someway off the high definition requirement for designers the more casual worker can look to do more than just socialise and play in VR.

Whether this tech will take off is still yet to be seen, the adoption will require a huge swing of young professionals and millennials to abandon Apple and head back over to PC’s, but the appeal of an infinite collaborative workspace could improve productivity and the thought of everyone walking around the office with goggles on throwing files and images to one another over the room will be a much more entertaining way of working together… for a few weeks at least

We know that Netflix collects data from the shows we watch to recommend new and exciting entertainment for us, they have now revealed that they take it a step further by personalising the TV/Movie artwork  depending on what we have watching and enjoyed in the past.

Netflix explained, “If the artwork representing a title captures something compelling to you, then it acts as a gateway into that title and gives you some visual ‘evidence’ for why the title might be good for you,”

For example those who enjoy romantic films might be interesting in the film Good Will Hunting if it showed Matt Damon and Minnie Driver leaning in for a kiss. How ever those who love comedies will be much more inclined to watch the film if the artwork contains and image of Robbie Williams.

Netflix went on to sum up, “The artwork may highlight an actor that you recognize, capture an exciting moment like a car chase, or contain a dramatic scene that conveys the essence of a movie or TV show. If we present that perfect image on your homepage (and as they say: an image is worth a thousand words), then maybe, just maybe, you will give it a try.”